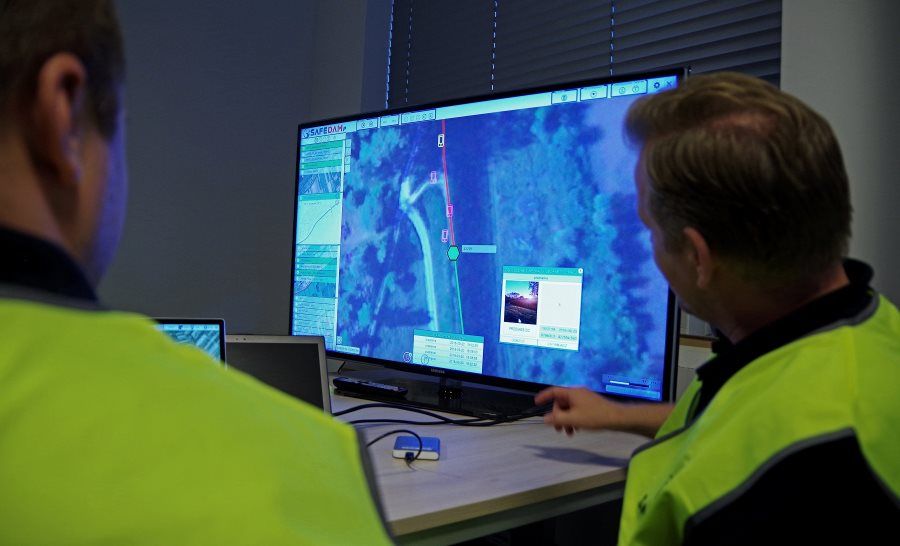 Data from satellites, drones and a state-of-the-art system integrating innovative tools were just some of the solutions available to firefighters during the national rescue exercise “FALA 2018.”. All this through the SAFEDAM system, developed by Polish engineers. The system received a positive reception and has a chance to be implemented in institutions and services responsible for crisis management.

Exercises „Wave 2018” took place on September 19-21 on the territory of the district ofoin Kozienice and Radom. Several hundred firefighters took part in themoin, whichoers participated in tasks related to flood risk prevention. The activities of the emergency services were supported by SAFEDAM – innovative shaft monitoring systemoin flood control developed by Polish engineersow. The system provided access to up-to-date data on flood risk. It also made it possible to transmit information from the drill site to the emergency headquarters in real time via video transmission from a droneow. Thanks to mobile devices equipped with the SAFEDAM system, the current location of individualolion firefighting units were monitored on an ongoing basis by exercise managers.

– The SAFEDAM system was positively received by firefightersoin participating in the exercises. While the solutions currently used by the Fire Department are highly fragmented, SAFEDAM offers access to multiple functionalities and databases in a single, integrated system, allowing for better and faster management of rescue operations. The system also enables public involvement in flood protection. Thanks to a dedicated mobile application, anyone can send a notification of a perceived flood threat, attaching photos and videos from the scene, said Dr. Ing. Krzysztof Bakuła of the Warsaw University of Technology, chairman of the Steering Committee of the SAFEDAM project.

During the exercise, the Pleiades satellite from the Airbus Defence and Space constellation took a high-resolution photo of the exercise area, whichore after 3 hours was imported into the database of the SAFEDAM system. – Images taken via satellitesow are the only source ofoThe information thatore can be obtained in such a krotkim time for a large area of land. In this case, it was 100 km2. This allows services working in the flooded area to have a homogeneous and up-to-date picture for a large area, whichory will enable m.in.: effective assessment of the current situation – said Beata Weintrit, SAFEDAM project coordinator on the part of Astri Polska.

SAFEDAM, is an innovative monitoring system for dikeoin flood control using satellite data and non-invasive, flying unmanned platforms equipped with visible and infrared cameras. Thanks to this, the system enables round-the-clock work at the place of danger. In addition to access to the database of the State geodetic and cartographic resource, the SAFEDAM system also allows easy and quick access to up-to-date data, including freshly acquired satellite images from zaroThe system has been positively received by firefighters fromoln freely available data from the European satellite Earth observation program „Copernicus”, as well as high-resolution, commercial data with very high resolution, m.in. constellation of satellitesoat Pleiades, part of Airbus Defence and Space.

At the moment, the SAFEDAM system is available for 6 areaoin test. The system’s architecture makes it easy to incorporate more areas into the systemow. The system is open to importing data from rohe dronesow, satellitesow. The project to create the system is being carried out by a consortium consisting of: Faculty of Geodesy and Cartography of Warsaw University of Technology (leader), Institute of Meteorology and Water Management, Astri Poland, MSP Marcin Szender under a project financed by the National Center for Research and Development in the program Security and Defense.